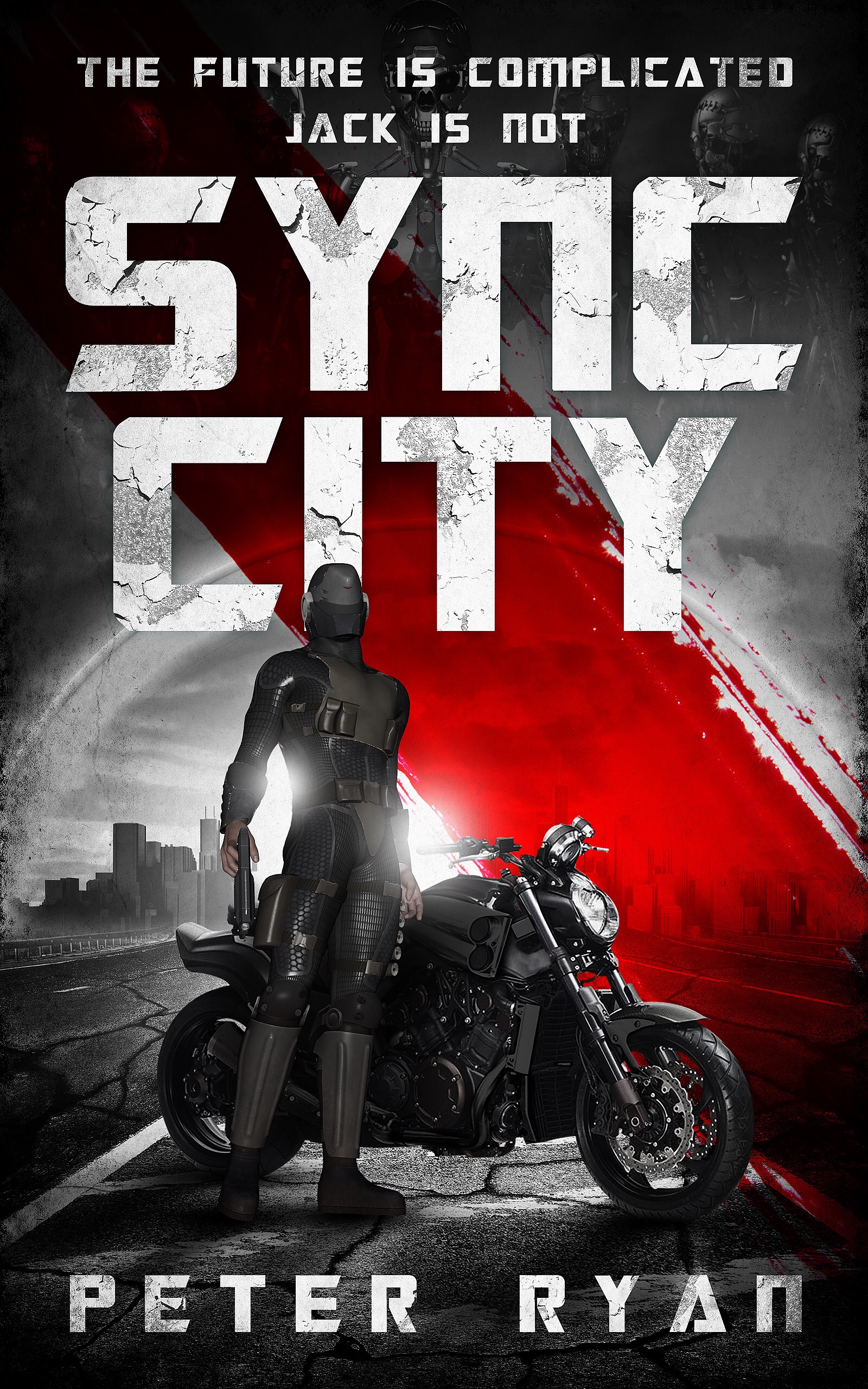 Time and space are connected — they're one big hypersphere of quirky goodness, so it stands to reason if we can break our physical world, we can probably break time. In Sync City, we did. Big time. This isn't your typical time-travel caper where the hero bounces through time trying to prevent history being rewritten. Time has shattered, making life... complicated. Imagine sitting in your comfortable suburban bungalow when a mongol raiding party materialises on your doorstep. That's the reality in Sync City, anyone, anywhere, could be catapulted through time and space without warning. Entire communities are picked up and dropped at random, left to fend for themselves until nature gets bored and (hopefully) takes them home.
This is the most radical time travel setting I've read, possibly forging its very own sub-genre — Time Travel Apocalypse. In such a dangerous  ah...  err... In such a world, people stranded out of time need help. They need the Keepers. Equipped with the greatest tech from any of the timelines, riding kick-ass bikes and keeping the timelines pure, they come to the rescue. Well. They come. If it's Jack who arrives, he's more likely there to blow shit up, but he'll try to help you while he's at it.
Sync City is exactly the book I needed. It's chock-full of action, funky concepts, and a nice dash of humour. Jack is a great protagonist who's well realised through a strong voice and bad-ass bike. He had me chuckling throughout while dragging me backwards and forwards (and sideways) through a future/past/present trying to stop things from getting worse (and hunting for his next drink). An unashamed prick, you can't help but join his cheer squad. Do yourself a favour and go for a ride with Jack.
Sync City was written by Peter Ryan and is available from a bunch of places, including: