Recommendation: A Court of Thorns and Roses (series) 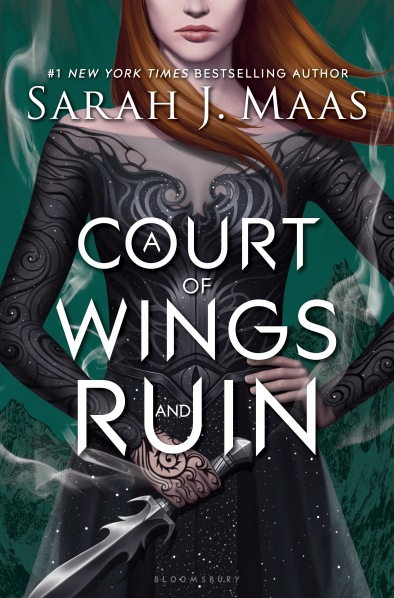 A Court of Wings and Ruin

I've just finished reading A Court of Wings and Ruin, book three in the ongoing A Court of Thorns and Roses series by Sarah J Maas (I've previously written about Maas' Throne of Glass series). I love this series — the latest instalment knocking it out of the park. Again.
A Court of Thorns and Roses is a fantasy series set in a world of fae and humans. A little reminiscent of Garth Nix's Abhorsen series, this world is divided by a magic wall, with lands to the North controlled by the fae and lands to the south controlled by humans. It follows the story of Feyre, a young woman who's actions inadvertently result in her being trapped on the wrong side of the wall, where things are... not great.
Feyre is an awesome protagonist. She's strong, self-sufficient, and doesn't take shit lying down. She's beautifully realised throughout the series, as are the rest of the cast.
The setting and plot draw from a wealth of existing tales, but Maas puts a strong stamp on it and isn't afraid to smash our preconceptions — often turning our understanding of situations and characters on its head. She's also a master of Chekhov's Gun — returning to earlier books reveals a wealth of clues which add to the re-read value.
Book three brought with it an epic conclusion to key plot-points, and the series could stand proud as a trilogy, but there are more books planned. The world certainly has scope to keep me enthralled, so I'm looking forward to book four.

A Court of Thorns and Roses

If you haven't started the series yet, I recommend you grab a copy of book one: A Court of Thorns and Roses.