This post is the second in my series on promoting books at conventions. In Part One I related my personal experience at AI Con earlier in the year. Starting with this instalment, I'll be interviewing other authors who have attended at least one convention about their experience and tips. At the end of the series, I'll produce a consolidated tip sheet incorporating suggestions from all the participating authors.
Today, I present...

Rochelle Campbell has a BA in Written Communications with an emphasis on Digital Media and began her career as a journalist and PR specialist. Her writing career spans over 20 years, and straddles both nonfiction and fiction. She is an active member of the Horror Writers Association, yet has had two stories published in literary magazines.
As an indie author, she has published “The Magic Seeds,” an illustrated urban fairy tale for middle grade readers (co-authored with her son), “Leaping Out on Faith,” a book of contemporary women’s fiction short stories which was followed by the completion of a full-length paranormal horror novel “Fury From Hell” in 2015. With nonfiction as the marrow of her writing life, in March 2015, she published a personal finance title for teens and young adults called, “Making Dollars & Sense Work.”
Rochelle's novel Fury From Hell is currently funding on Inkshares. See the end of those post for more details.
[Update 21/06/2017: Fury From Hell is now in draft mode as it is now a competitor in the LaunchPad/Inkshares contest. The Top 75 books will be selected on Sat. 29/07/2017.]

What conventions have you attended? Why did you pick those conventions? In hindsight, were those reasons valid?

I have attended the MDC3 Con last October. And, more recently, I-CON32 last weekend.
I chose MDC3 Con because it is a writer’s conference focused on genre fiction (Creatures, Crimes & Creativity). It is also a smaller con so you are able to mingle, meet and form relationships with other conference goers.
The thinking behind attending I-CON32, as a vendor, was to share my books with a targeted audience of sci fi enthusiasts. I also wanted to share news of my new book, Fury From Hell, being crowdfunded on Inkshares to see if I could get a few pre-orders.
In hindsight, yes, my thinking/reasons were valid. I sold sci fi books at the sci fi convention. And, I did have an opportunity offered to me to participate in a radio show to talk about Fury From Hell.
The MDC3 Con lent itself to the development of friendships with other writers. I appreciate the relationships that are growing from my attendance of this Con.

What were your objectives for the conventions you attended? Do you feel you achieved those objectives?

In the previous question, I touched on this topic.The MDC3 Con was more for cultivating writer relationships and being around my peers of like-mind. (A sort of assurance against me being positively insane. Mission accomplished!)

Attending I-CON32 as a vendor was all about exposure and direct sales of my book, The SciFi End of the Supernatural.

What was your strategy for engagement at the conventions?

I set up my booth with the thought to what might catch my eye if I am competing for people at a busy, fun Cosplay convention. So, I had walking wind-up Emoji on the table. A mini library of books my family, and children liked. Freebies to give to passerby. As well as a small vessel filled with chocolate and mints. These were done in hopes of getting people to linger while passing so I could engage them in conversation and try to turn the topic to my books. Yes, I had physical copies on display of my scifi book.

What did you feel worked well?

The walking Emoji was definitely a conversation starter especially for those con goers with small children. The best eye-catcher was the book itself. The cover attracted a lot of attention. Many felt the cover art was very appealing, and said so.

What didn't work, or not as well as you had hoped?

The candy. It only attracted pre-teen boys! They kept coming back and taking handfuls of candy each pass!

What other lessons have you learnt?

Do not try to engage every one that passes by. You cannot seem desperate for someone to buy your books/wares. You must have a genuine interest when you do stop a passerby with a question.

Do you plan to attend more conventions to promote your book?

I do! I had a great time. Made a few new friends and have awesome memories (and pictures!) to show for my weekend at I-CON32. 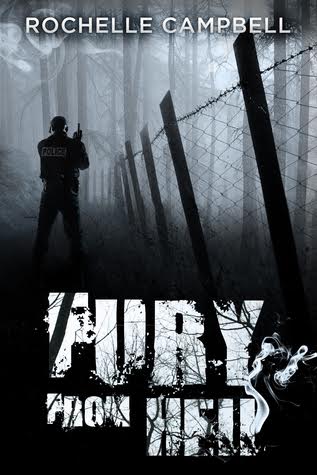 I'd like to thank Rochelle for sharing some of her convention experiences. If you enjoy supernatural or horror novels, you should check out Fury From Hell which is currently funding on Inkshares. Click the link to read free excerpts and follow the story. You can also engage with Rochelle online:

If you enjoyed this post, give it a like or a share. I have several more interviews in the works as part of this series. Make sure you don't miss any:

Other segments in the series