Today The Launch Pad announced the final winners of the 2016 Manuscript Competition (note, the linked crowdfunding competition Human Resources is competing in continues until 16 December).
I have been stunned to learn Scott Free (the production company founded by Ridley and Tony Scott) have selected Human Resources as one of their two winners for 2016. This means my novel is going to be optioned by Scott Free for possible big screen development! The official prize description is:

Ridley Scott’s company Scott Free was one of the first major companies to take e-books into the spotlight when they found The Martian and developed it into what would become a Best Picture nominee starring Matt Damon. They were also the first company to but a Launch Pad project, when they picked up Daniel Turkewitz’s Tranquility Base. Now they’re looking to do the same for you. Our exclusive partnership with Scott Free means not only are they represented on our judging panel, they have also committed to option at least 1 project with an eye towards discovering their next break out hit.

Today's announcement has left me ecstatic and incredibly thankful — to my family; to Scott Free and other competition partners; to the competition organisers; and to everyone who has supported the novel so far. This is an enormous opportunity, one that couldn't happen without the faith and support of a lot of people, so thank you.
I'd also like to congratulate the other winners — there are some terrific stories in the competition, and I'm excited to see them all succeed. The Warbler interviewed me about Human Resources and The Launch Pad Competition. You can read it here. 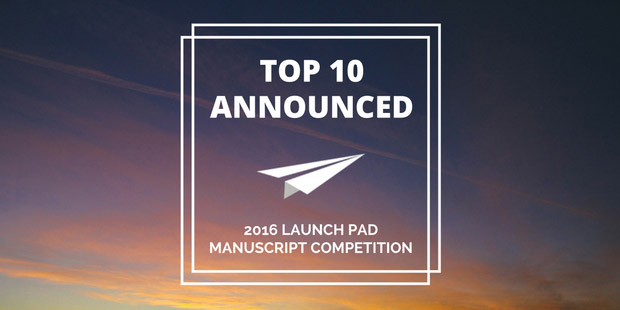 Today I received some disappointing news; the judges of the Launch Pad Manuscript Competition announced their Top 10 finalists, and Human Resources did not make the list.
Since entering the the competition I have been on an emotional roller-coaster, one which is not over. Whilst the novel doesn't proceed past the Top 25 finalists in the judging process, I have much to celebrate:

Over the course of the competition so far I have interacted with a number of the authors I have been competing against. Not only do they have some great books, but they have all been friendly and supportive. My sincere congratulations to the Top 10.
You can follow Human Resources on Inkshares here — there is still time to pre-order your special copy!

Today has been an another exciting one — Human Resources passed an important milestone; 250 pre-orders. This is important because it qualifies the novel for publishing under Inkshares Quill imprint. That's right, HR now has enough orders to guarantee publication!
What happens now?
The funding campaign continues, as does The Launchpad Crowdfunding Competition. The goal is still very much to win the competition. Quill publication is print-on-demand (not mass production), and misses out on a marketing budget. If HR wins the competition, it will get the full service — tailored design, more robust editing, mass production, and marketing.
The Launchpad Crowdfunding Competition ends 16 December. If HR doesn't win the competition, the campaign will continue until January.
You can pre-order your copy of Human Resources here. Today has been a momentous day. Early this morning (Australian time) the latest round of finalists in The Launchpad Manuscript Competition were announced — The Judges’ Top 25.
I am ecstatic to confirm Human Resources has been included in this exclusive list! This competition started out with thousands of entries from twenty-four countries. To have HR selected by industry judges as being in the twenty-five best manuscripts from such an impressive cohort has me lost for words.
Moving forward, the judges will continue to whittle the finalists down. In a few short weeks they will announce the top 10 and the judges winners! In parallel to that, the crowdfunding competition will continue until 16 December (PST). The three winners of the crowdfunding competition are guaranteed publication, regardless of the results of the main judging process, so please go and support my novel if you haven’t already.

Overnight Inkshares sent out an announcement to competitors in The Launchpad Manuscript Competition; they have extended the duration of the crowdfunding competition. Originally, this competition (one part of the overall competition process) was due to finish on 8 November (PST), just four short days away. It will now finish on 16 December — for those keeping track, that changes the duration from approx three weeks to eight. At the time I’m writing this, there has been no public announcement, but I’m assuming it isn’t far off.
I can’t say I’m thrilled about this change. With only days left to the original deadline my position on the leaderboard was looking pretty good. Now, with an additional five weeks of campaigning, it becomes anyone’s game again. END_OF_DOCUMENT_TOKEN_TO_BE_REPLACED